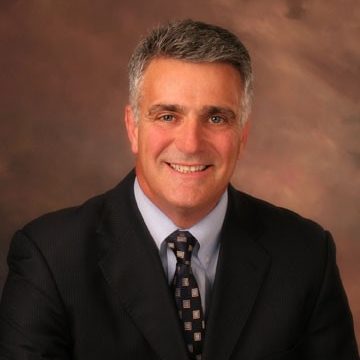 As President and CEO, Rick Tigner provides strategic leadership and establishes long-range goals for Jackson Family Wines. Deeply steeped in the art and business of wine making, he has been with the company for more than 25 years.

After earning his Bachelor of Science degree in Business Administration from San Diego State University, Rick moved to Sonoma County to make a career in the wine industry. He joined Jackson Family Wines in 1991, after positions at Miller Brewing Company, Gallo and Louis M. Martini, and rapidly advanced through its sales department. Rick became Executive Vice President in 2001 and was promoted to President in 2010. He was named Chief Executive Officer in 2015.

Rick resides in Sonoma County and is an avid outdoorsman and cyclist. He created the Tour de Fox / Wine Country Edition, a charity bike ride which has raised more than $1.5M for Parkinson’s Research over the past three years. He serves on the Board of Directors of Vinexpo and the Michael J. Fox Foundation. Most importantly, he is the proud father of three children, and two grandchildren.

All presentations by Rick Tigner