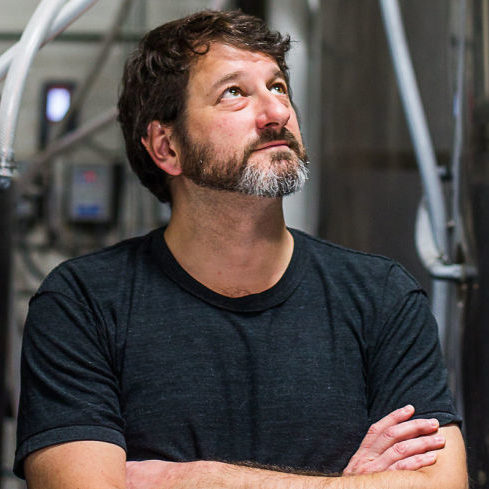 “All my life, I’ve tried to be a creative person,” says FEW Spirits founder and distiller Paul Hletko. “At the end of the day, I like to have created something that didn’t exist at the start of the day.” For him, that meant tossing aside a degree in engineering from the University of Michigan, and a career as an attorney, to start a rock and roll band, a record label, and a company focused on designing and building custom guitar effects pedals, prior to FEW. Although it performed at indie-music showcase the CMJ Music Marathon and received spins on legendary Chicago rock radio stations WXRT and Q101 in Chicago, the band never quite made it. And the record label was a “particularly distastrous experience, but it was fun at the time,” Hletko says. Thankfully, his next creative endeavor is a liquid one, and resulted in FEW. Making fine adult beverages is a family tradition for Hletko. Prior to World War II, Hletko’s grandfather Alfred Dube owned a large brewery in what is now the Czech Republic. After losing the brewery to the Nazi invasion, and the rest of his family in concentration camps, Dube fought the remainder of his life to get the brewery back. When Dube died, Hletko decided to start a distillery of his own. “I don’t want to spend my life raising my fist to the sky,” he says. “I’d rather create something new to honor family history.” After receiving a distilling permit, Hletko made FEW a reality. “Grain distillates are my primary interest. I love the nuances and flavors of whiskey, and the patience required,” he says.

All presentations by Paul Hletko

Whisky Advocate Presents: What is a Craft Spirit?