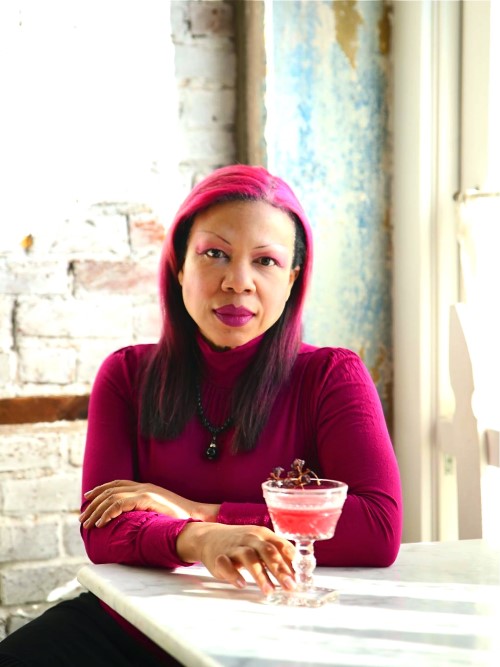 Franky is a hospitality industry veteran who gained entrée into the New York City craft cocktail world by working at notable establishments such as Clover Club, Monkey Bar, The Dead Rabbit, and Le Boudoir Brooklyn where she created the cocktail and beverage programs.

In 2017 and 2018 Franky made Tales of the Cocktail’s Top 10 list for American Bartender of the Year, and was inducted into the Dame Hall of Fame in 2017. She is currently a member of the TOTCF Business Education Committee, and a judge for the Spirited Awards. She is the former Vice-President of the Bartender’s Guild of New York where she made an impact with her focus on member education. She is a BNIC Certified Cognac Educator, a Pineau des Charentes Educator, and has completed the Court of Master Sommelier’s Introductory course, the WSET Level 2 Certificate with Distinction.

Franky has acted as a judge for numerous spirit and cocktail competitions, and has competed extensively herself both locally and internationally, earning her share of titles. She is a sought after guest speaker and has lectured at Cornell University’s Hospitality School, Diageo’s Learning Skills for Life, and has been a presenter at major cocktail festivals around the world. Both Franky and her cocktail recipes have been featured in books such as “How to Drink French Fluently”, “New York Cocktails”; and in publications including Cosmopolitan, Food and Wine, Imbibe, The Daily Beast, The New York Times, The Wall St. Journal, Vinepair, and Punch.

Having studied French in France, Spanish in Spain, and traveled extensively, Franky enjoys experiencing locales through the lens of their unique food and drinking cultures. She knows that learning never stops, and is always looking forward to her next adventure and to finding inspiration wherever she goes.

All presentations by Ms. Franky Marshall