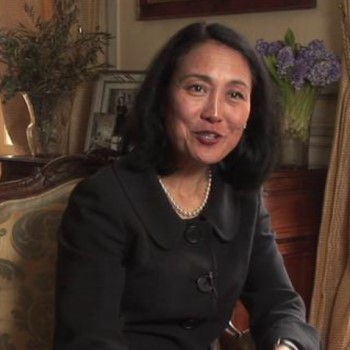 Margaret Calvet, Vice-President and CFO of Aquitaine Wine Company, is a former Wall Street investment banker and venture capitalist (Salomon Brothers and E.F. Hutton). She began working in the wine business in 2002 with husband Jean-Christophe Calvet in Bordeaux, France, where they founded Aquitaine Wine Company, a Bordeaux based wine négociant and a U.S. Importing Company. She brings over 20 years of experience in corporate finance, venture capital, and small start-up high-tech companies and 18 years in the wine business. As one of the few females and only American négociant in Bordeaux, Margaret is having a great time carving out a niche in this traditionally male domain. More information on her forays into the world of wine will be published in a book on females in the French wine business authored by Gilles Berdin and Editions Elytis that is scheduled to be released in March 2020.

Margaret graduated from Harvard College in 1984 with a degree in Art History (Chinese Art), was a Fulbright Scholar to China in 1986/1987, and received her MBA from Harvard Business School in 1989. She also received her D.U.A.D. diploma from the Faculty of Enology at Bordeaux University in 2011 under the tutelage of renowned winemaker Professor Denis Dubourdieu and Professor Gilles de Revel. She is married to Jean-Christophe Calvet, 6th generation négociant in Bordeaux, and has 4 sons, the eldest of whom, Jean-Sebastien Calvet, is an enologist and works for Aquitaine Wine Company based in New York City.

All presentations by Margaret Calvet