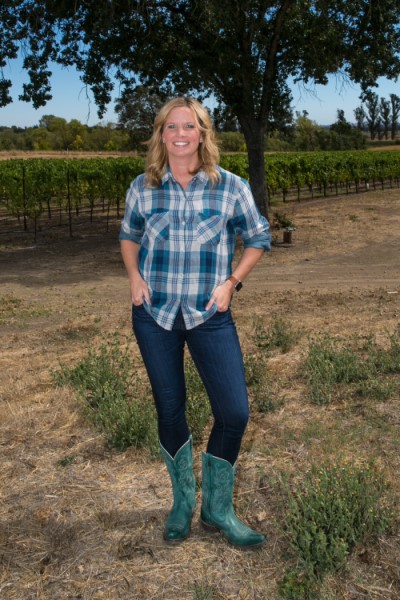 Since taking over the top leadership role at the Sonoma County Winegrowers, Kruse has guided the strategy and implementation of Sonoma County’s commitment to become America’s first 100% certified sustainable wine region. Her forward thinking approach has helped Sonoma County Winegrowers gain global recognition for their efforts and she’s been invited to speak at major conferences around the world.

In an effort to continue to lead in the social responsibility component of sustainability, Kruse announced the relaunch of the Sonoma County Grape Growers Foundation in January 2016 that aims to assist local agricultural employees and their families in the areas of healthcare, affordable housing, childcare, education and workforce development. She currently serves as executive director of the Foundation.

In January of 2017, Kruse launched the Sonoma County Center for Ag Sustainability, a think tank in partnership with the Wharton School of Business, that is focused on bringing subject matter experts from around the United States to Sonoma County to work on issues and opportunities affecting the long-term preservation of agriculture.

In January of 2020, Karissa announced that Sonoma County Winegrowers is the exclusive partner with the California Land Stewardship Institute to launch a Climate Adaptation Certification, a first of its kind for agriculture. This exciting initiative will move beyond best practices in healthy soils to analyze the whole farm and implement climate friendly farming practices that minimize greenhouse gas emissions and increase carbon sequestration, which vary by soil type and microclimate.

Karissa earned a BS in Economics and an MBA in Marketing from Wharton School of Business at the University of Pennsylvania. She has 20 years of experience in various aspects of marketing, brand management, strategic planning and business development. Karissa has worked for companies such as General Mills, Universal Studios, Mattel and Dairy Management. She is a partner in a small winery, Argot Wines, and the owner of a 12-acre vineyard on Sonoma Mountain.

In 2014, Kruse was selected as a North Bay Business Journal Women in Business Award recipient and was a Forty under 40 Award recipient in 2012. Kruse was honored with the Marshall Memorial Fellowship in 2015. She was named to the 2016 and 2017 Wine Business Monthly Magazine’s Top 50 Wine Industry Leaders. In 2017, she was named to the Organic Authority’s List of “Badass Disruptors Changing Your Food System” and Food and Wine Magazine named her one of the most Innovative Women in Food & Drink. Karissa was honored by the North Bay Business Journal in 2017 with a Community Philanthropy Award. In 2018, Karissa was named A Green Leader by Wine Enthusiast and selected as the Leader of the Year by the California Association of Winegrape Growers.

All presentations by Karissa Kruse