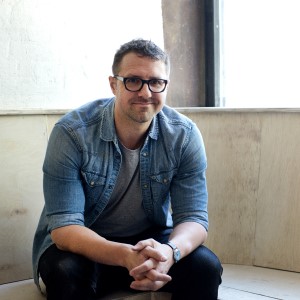 Dave Foss has worked in hospitality for over 23 years in virtually every facet of the food and beverage industry, and is currently the Operating Partner at LaLou, a beloved new wine bar in Prospect Heights, Brooklyn. His passion for beverage led him to manage a series of programs on the West Coast, both at the Mondrian Hotel and later at Fairfax Partners Restaurant Group, overseeing four properties in the Los Angeles area. Upon returning to the East Coast, Dave went on to oversee the beverage programs at the Soho and Tribeca Grand Hotels in Lower Manhattan. In 2011, he connected with Epicurean Group co-owner Joe Campanale, who had recently opened Anfora, a wine bar in NYC’s West Village; the fellow Italian wine obsessives clicked, and soon Dave began a stint at Anfora which grew into nearly a decade of wine buying for the highly regarded establishment. Most recently, Dave and Campanale realized a dream that began when they first met: to open a neighborhood wine bar together. LaLou – which Eater called “an exciting natural wine bar from some of NYC’s most underrated pros” – debuted in June 2019, and spotlights small production wines from Dave and Joe’s favorite producers and regions around the world.

Dave is also a cofounder of Invictus Hospitality, a food and beverage consulting firm that works with hotels and restaurants across the United States. He lives in Crown Heights with his wife and children.

All presentations by David Foss

VinePair Presents: The Health Halo – How Health is Impacting How We Drink